Back in 2019, on the 4th of July, I was invited for the BNM’s Undergraduate Scholarship Assessment at Sasana Kijang. This was actually my 2nd time applying for the BNM Scholarship, after failing to get called for the assessment post-SPM in 2017.

I won’t lie about being super nervous for this because I had previously 2 other interviews from other scholarship bodies where I did not make it to the next stage. So, when I reached Sasana Kijang, I was really surprised to see just a few other people at the lobby with me, it was something that I definitely did not expect. There were only about 16 of us that morning and it remained like that throughout the day. We managed to mingle a little bit at the lobby before BNM’s representative brought us up to the meeting room, and it was nice to see new faces as well as some familiar faces! If I recall correctly, there were 4 people who were going to pursue Law, 4 for Economics, 4 for Actuarial Science, and 4 for Accounting & Finance. This may have just been a coincidence though!

So this was the agenda as per the email that they sent to us;

From the lobby, we were brought up to one of the floors where they had a few meeting rooms. We had an area for us to talk to each other before the panels arrived. We were then split into two different groups and separate meeting rooms according to the grouping. In my room, we had 5 panels and 8 candidates including myself. The first group activity was an ice-breaking session for everyone, which had no ‘weightage’ nor any assessment to it.

After the ice breaking session, we had a short morning tea break where we met panels from the other group for a short chit-chat session over coffee/tea and curry puffs. The panels were really nice and friendly (for now) throughout the break but it was also important to make sure that we were not too lepak at the same time.

For the next activity, there was another group activity with actual assessment. Split into 2 groups again, we were given the responsibility to open our own kids theme park! It was interesting because we had to ponder over selecting different features with their own perks and consequences, as well as many other things which had to be taken into consideration such as accessibility, parents waiting area etc. It was quite interesting because we had to prepare all of this in about 20-30 minutes (couldn’t remember the exact time). We allocated our tasks from the start which made coordination really easy. While we were discussing, we had panels roaming around the space observing us do our work, which at times could be a tad bit intimidating! One important thing that I kept telling myself here was that I had to make myself stand out but not too much at the same time. Obviously, everyone there had the same mindset as well so this really smoothened our discussions. Also, one thing I’d like to add is that, don’t ever be too quick to reject someone’s opinion and always look at things from their perspective!

After the time was up, we presented our idea to the other groups as well as all of the other panels, so in total there were about 9/10 panels. Oh! I forgot to mention, these panels were from different departments in the Bank, and ranged from Department Directors to Managers to Analysts etc., so our Q&A session was interesting in that we received all sorts of contrasting questions.

We then had a short break at a lounge nearby and before long we received our next task: an individual presentation!

We had a whole mahjong paper to ourselves besides a prompt containing the topics for our presentation. We had to choose 1 out of the 4 topics available, the topics were quite sophisticated to be honest but luckily I was kind of familiar with one of them so I managed to goreng my way through hehehe.

After the preparation, we had to give our mahjong papers to a person in charge, and we waited to get called afterwards. The waiting game here was strong and nerve-wrecking. After the individual assessment, every candidate who finished had to leave without spilling any details to us who were waiting. The ones waiting in the lounge could only talk amongst ourselves, of course while having a ‘supervisor’ there to ensure that we don’t discuss about the presentation. It was during this time I started getting restless so I started talking to the ‘supervisor’ and asked about previous assessments. She mentioned that unlike the years before, they wanted to try and avoid eliminating people before the individual assessment because this would give everyone a fairer chance to prove themselves. So, throughout my whole day at BNM, nobody was eliminated, and all of us ‘made it’ to the final interview.

As time progressed, it was eventually lunch time, so we went down to eat first. It was also an opportune day to be in Sasana Kijang as there was an IMF or World Bank conference ongoing, so we could really see how meriah the building was that day.

After lunch, it was finally my turn to present followed by an interview. There were 5 panelists who assessed me as I presented with a short Q&A right after. I felt like the presentation and Q&A went relatively well for me compared to how I actually expected it to be but then came the interview.

However, the interview did feel like an absolute disaster for me compared to the ones I had before mainly due to some of the follow-up questions to the things that I answered in the interview. Those were on top of the typical interview questions that were asked such as ‘Why did I choose Economics’, ‘How do you think you can contribute to society through BNM’, ‘Challenges and how you overcome during college’ etc. There were fun parts in the interview where the panel laughed here and there but there were also serious moments where everyone were putting up straight, intrigued faces. One thing that kept me going throughout this interview was that I reminded myself that BNM panels are known to ‘attack’ you to test how you deal with pressure.

But yeah, I feel like that’s about it for the whole assessment that I went through. I’ll be honest with you – I was certain that I wasn’t going to get it but in the end, I was lucky enough to secure the scholarship. Quoting a close friend of mine, “Life works in mysterious ways”. Below, I will be sharing some tips for the application and assessment stages.

Tips for the Application

Tips for the Assessments

And finally to all of you reading, thank you for making it this far I hope this write-up will help you in some way, and I wish you all the best in your future endeavors! 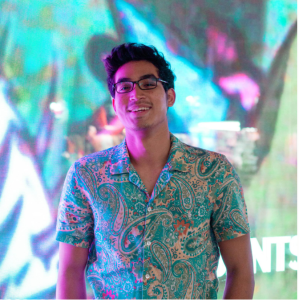 Khalif Shahriman is an undergraduate Bank Negara Malaysia scholar, currently reading Economics (Class of 2022) at the London School of Economics and Political Science. He loves The Intouchables and durians but is somehow allergic to one of them.
If you intend to contact the author, feel free to contact the CollegeLAH Team at contactus@collegelah.com.